The trip to Google was really impressive, not just in terms of the office amenities and perks, but also getting to experience what the culture is like and how it might actually feel to work there. The ambiance is playful with various activities for employees like video games, ping pong, legos, scooters, vintage computers and a kitchen is never farther than 20 feet from any location, but you subconsciously know that this is where serious work gets done and it is no easy task in getting hired here. 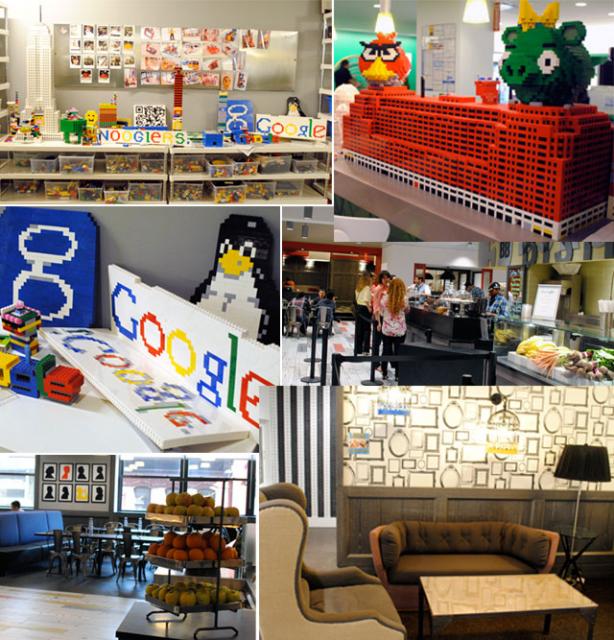 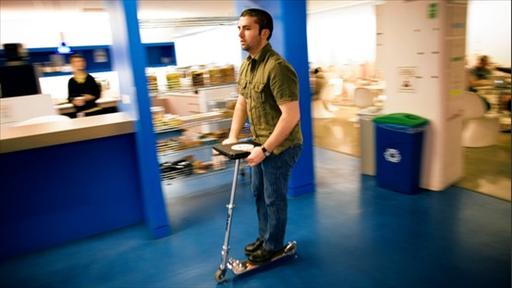 Googlite uses a scooter to get around the office

The focus of our discussion was on Accessibility and Technology, which more or less translates into how do we build products to meet the needs of users with disabilities such as blindness, low vision, color blind, deafness and amputees. In addition, there are also many situational limitations for users such as a backlit screen, poor monitor, broken mouse/keyboard, watching video in a loud space, using voice search.

A topic that addresses all these issues is referred to as Assistive Technology which means a technology that allows someone to do something they could not previously do before. One very commonly built-in technology for most platforms is a screen reader which is a program that can read text on the screen to the user through speakers. There are many types of screen readers for various operating systems including Jaws, NVDA, Talkback and Chrome Vox. Recently, Roger Ebert had a custom built speech recognition software built for him using his own voice from past audio clips.

There are also programs with voice recognition known as “speech to text”, where audio is translated by the computer to typed words. This technology is available on all Android devices, iPhone and numerous desktop versions. This technology along with refreshable braille displays would benefit blind or visually impaired users.

There is also a group of newer assistive technologies that despite their present availability, seem rather futuristic. Eye Tracking software allows physically disabled users to control keyboard motion with their eyes. An assistant professor at Parsons, Zach Lieberman, lead a project using openFrameworks software and a team of designers, had created eye-tracking glasses that enabled a person to draw using their eyes. Specifically the project was created for Tony Quan aka Tempt One, an L.A. graffiti artist incapacitated with Lou Gehrig's disease. A video of the project is below.