As opposed to my first two event blogs taking place at the Fowler, I decided to pick an exhibit from the Hammer Museum as my third blog. This exhibit is called Between Starshine and Clay by Kiyan Williams. Kiyan Williams' art is very focused on social activism for those suffering from or facing injustice in society, primarily on the African American and LGBTQ communities. Interestingly, dirt, ground, and the Earth in general seem to be primarily tools of the art pieces, used to depict the multi-meaning of “filth, abundance, class, and race” (Hirshhorn).

Between Starshine and Clay strongly evokes the beliefs and themes of Kiyan Williams’ art, being made up of what I believe is primarily dirt and clay, creating ruins, body parts, and heads with faces, as well as the bodily figures being strung up in a large collection of broken pieces. These pieces are also primarily made up of earthly resources from areas that contain “Black History” (Hammer). This exhibit is used to depict the US and the modern day mistreatment of minority groups on the land that they themselves build up. Everything that appears in our cities and towns is built on the ruins of past peoples, and the forced labor that made it possible. It is literally the land, the soil, the foundation of the buildings and society that was built up, just as African American unjust enslavement and labor was the foundation of this country. The head on the stick placed on the ruins to me seems to have a double meaning: showing both that modern people stand on this foundation, but also putting a head on a stick was a sign of conquering an area- wherein medieval and/or warrior societies placed heads of those executed or killed in battle on a pike and displayed it to show defeat, humiliation, and keep order. Similarly, slavery was all based around fear, control, and conquering. The background of broken up pieces including body parts made me instantly think of broken glass, and had me draw the connection of culture, heritage, and lives in general being shattered and lost, and similar to broken glass it truly can never be put back together. Hands that were used for labor were owned by those who abused the workers, and in this display shown taken from someone. In general it looks like an entity has been taken apart and scattered, maybe even trying to signify those enslaved were used up for their body, then brought to the dirt through death. 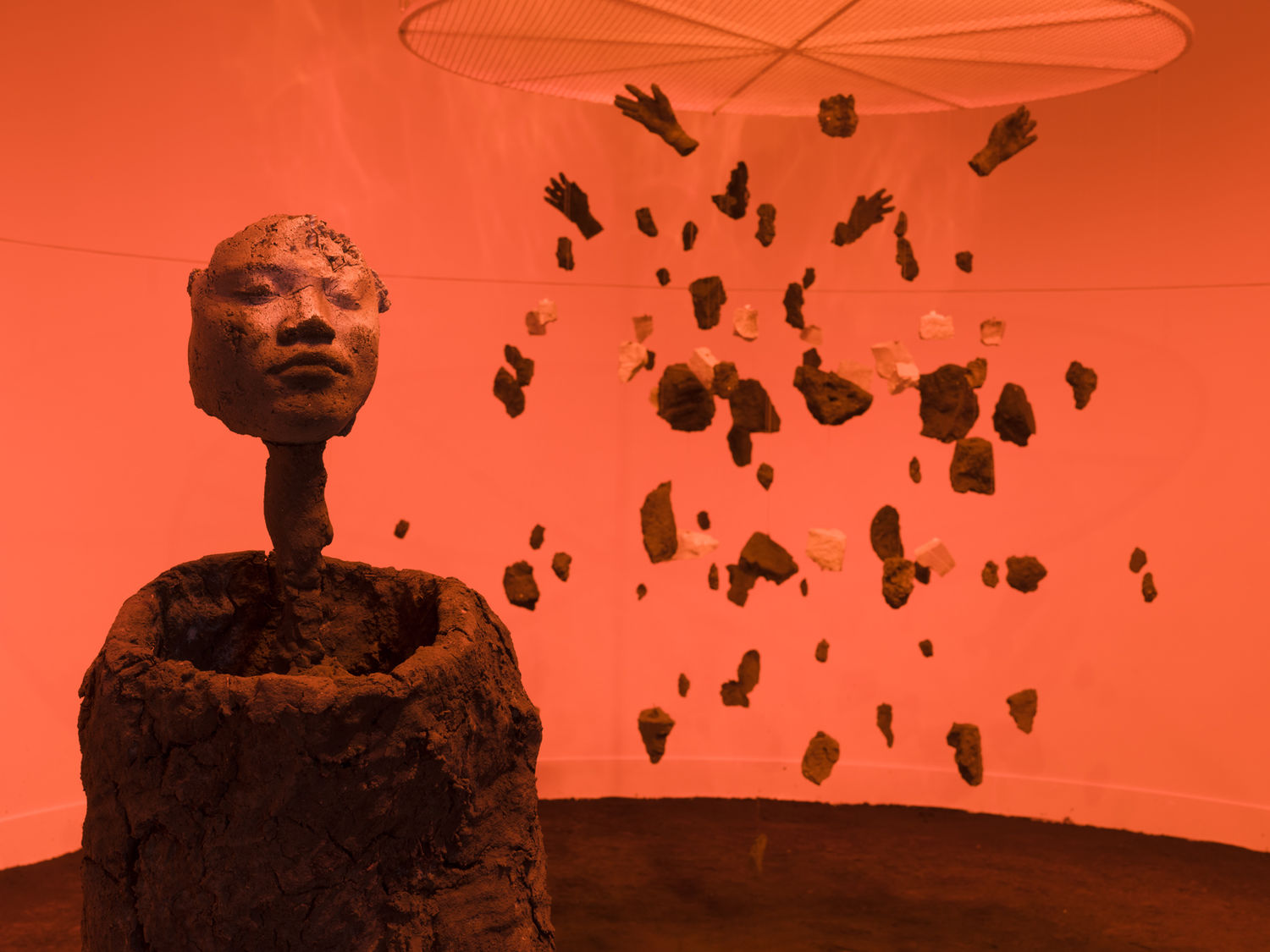 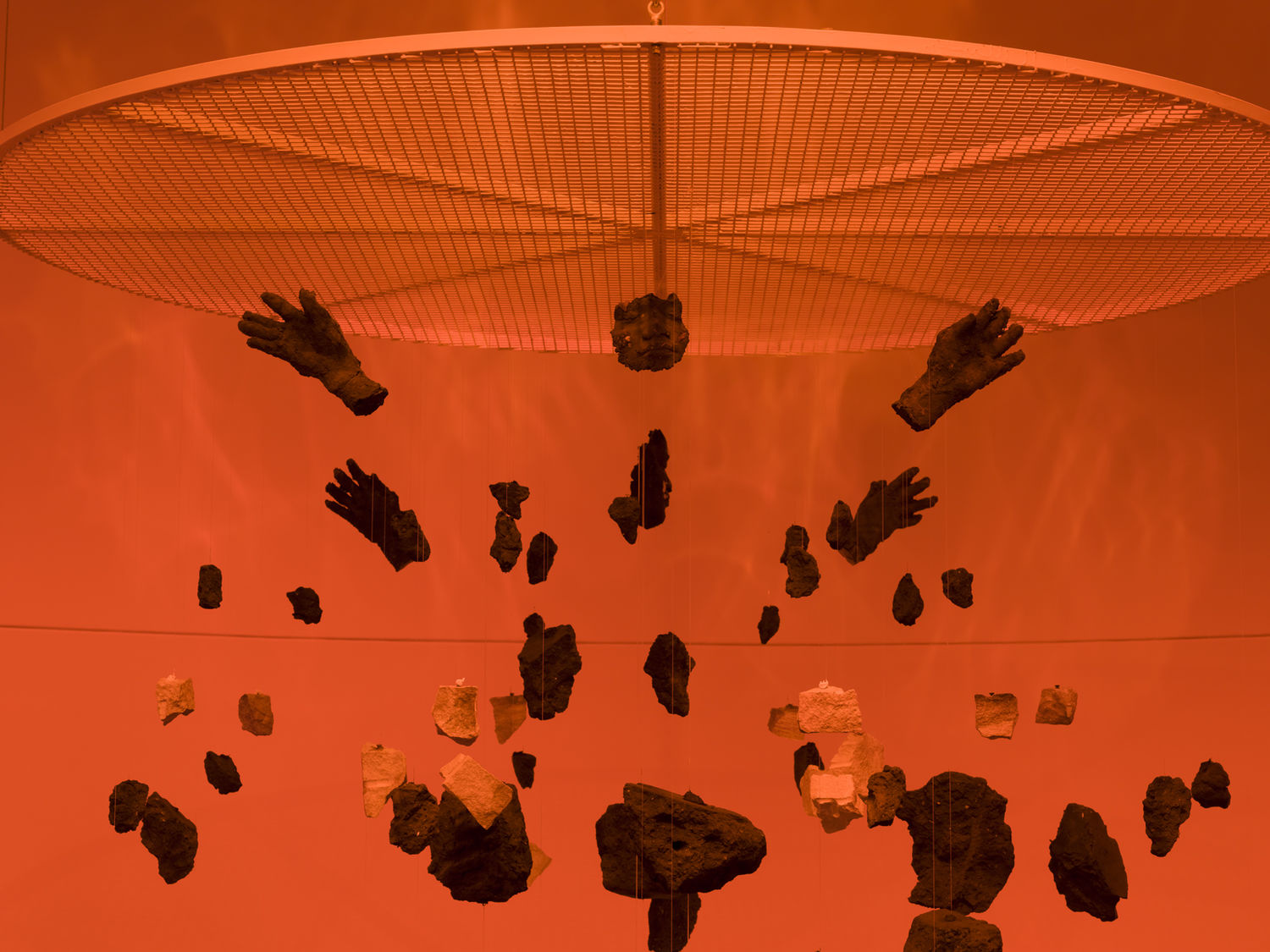 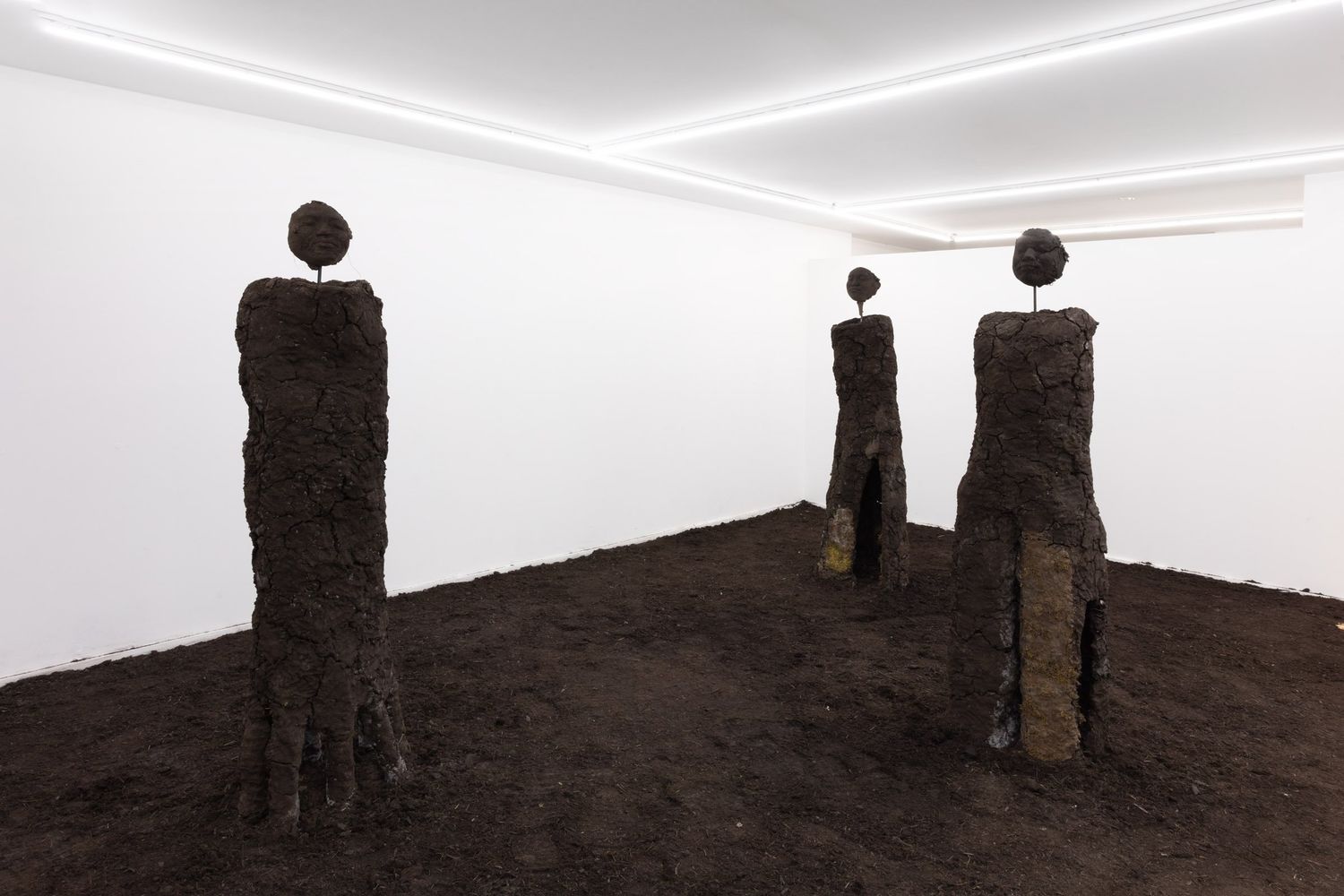