On May 15th I visited the Griffith Observatory. This was the first time that I have ever been to the Griffith and it did not disappoint. I absolutely loved the views. I could see so much of LA. I tried to find UCLA, but unfortunately I think it was blocked by a hill. 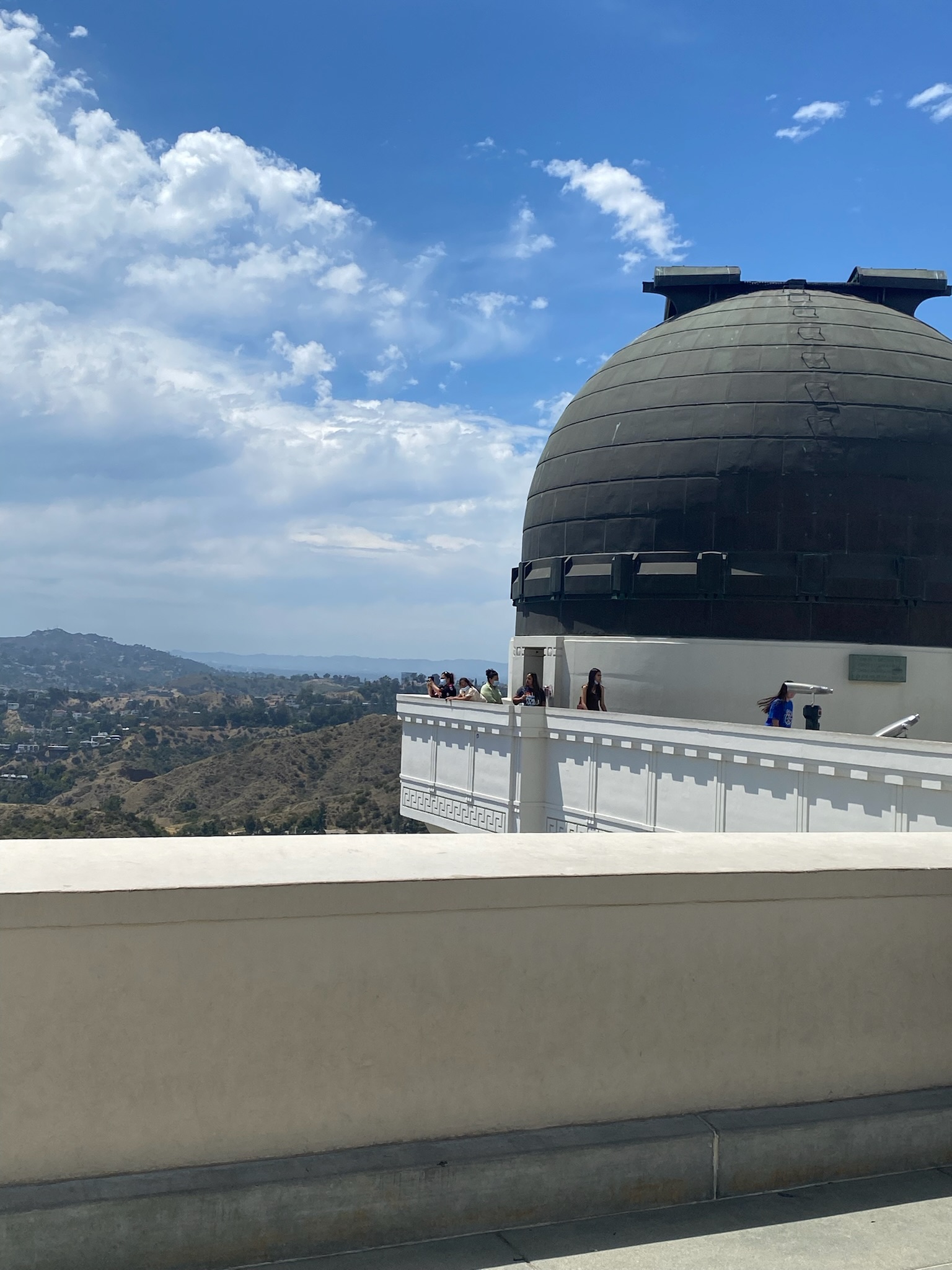 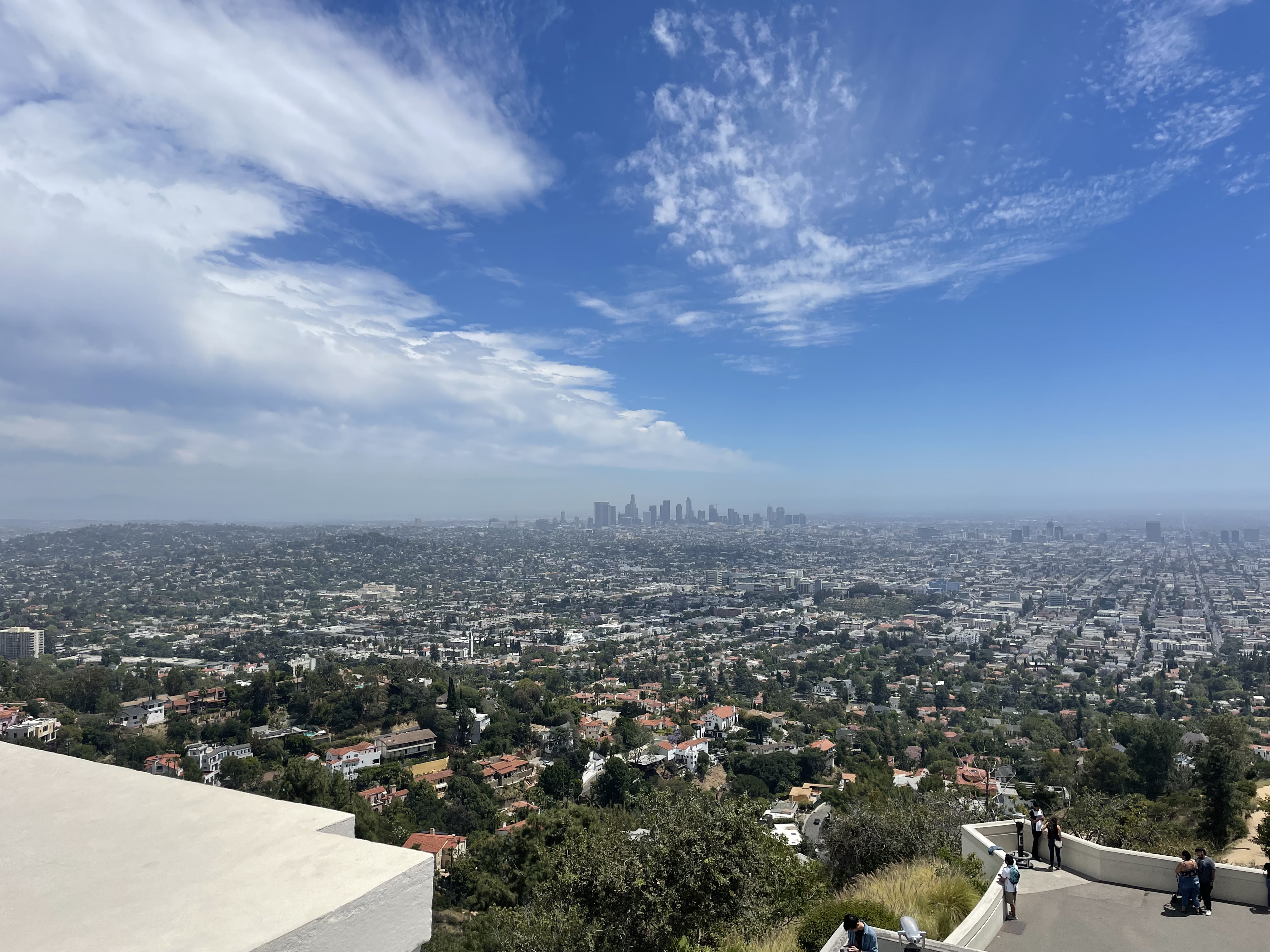 One of my favorite exhibits at the Griffith was the Cosmic Collection. This was a hallway where there is a history of the universe since the big bang. The thing that made it super cool was that there was this band formed from different kinds of jewelry that were all sun, star, or moon shaped. There were over 2,000 different pieces and I could spend a while looking at all of the pieces. It was awesome to see how each piece was unique but how they all came together to create a massive display. Also, this was an awesome example of science and art because the observatory used the jewelry to visualize the evolution of the universe. 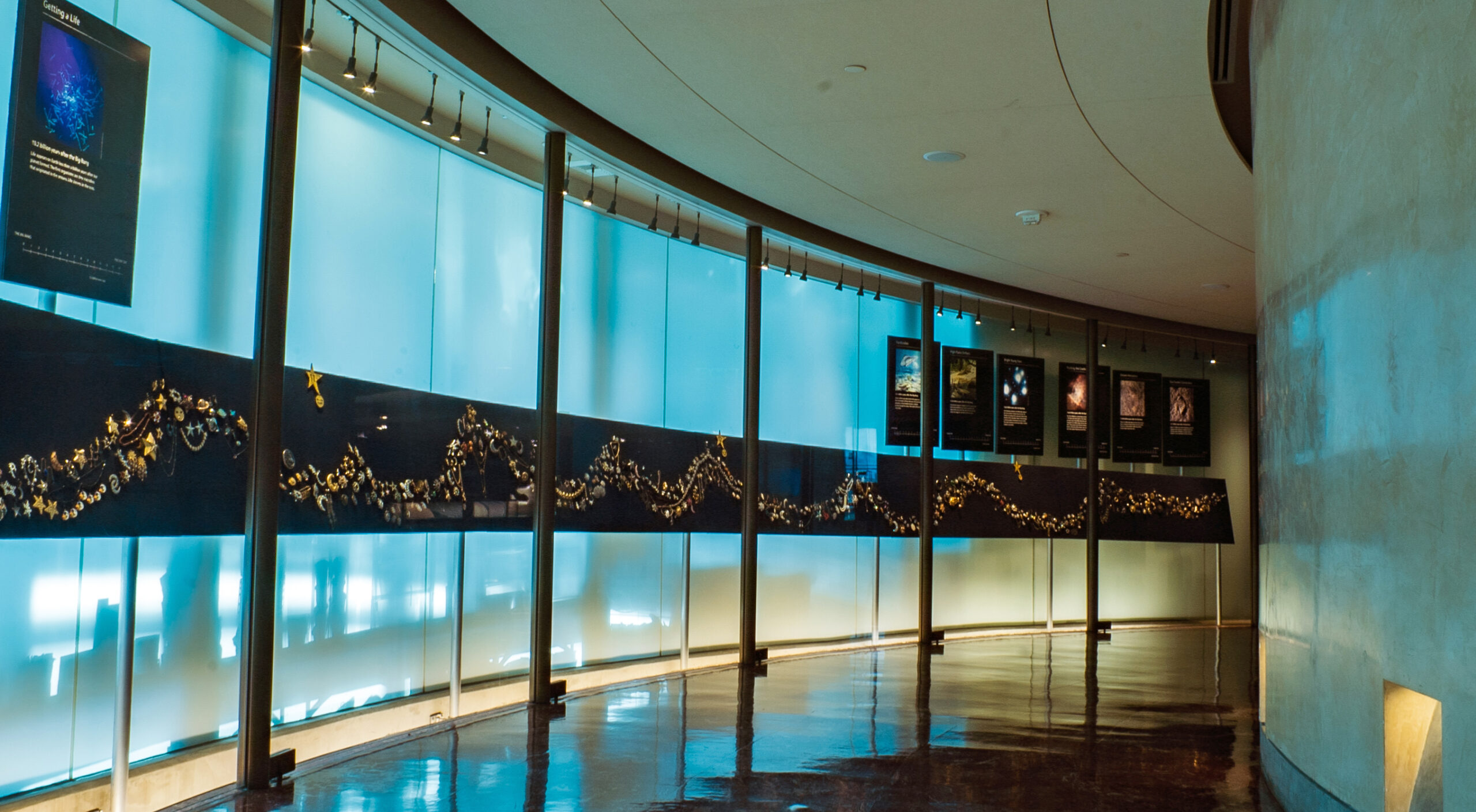 Another exhibit that I enjoyed was called the Gunther Depths of Space. There is a small space of the exhibit dedicated to each planet. There was even a scale at each planet’s space that would show you how much you weighed on each planet. This brought back nostalgic memories of visiting science museums as a child. It was awesome to learn a little bit more about each planet.

While walking through the museum I frequently thought to myself “Wow, there is so much to learn about outer space”. A couple of times I felt overwhelmed by the scope of the universe in general and how much we still don’t know.

I decided to look into the big bang and the evolution of the universe. I learned that the big bang occured when a single point exploded and expanded. This moment created all matter, energy, space, and time. There were two periods following the big bang: the radiation period and the matter period. Still to this day, the universe is expanding which is a wild concept that I’m not completely sure I can wrap my head around. Furthermore, scientists still don’t know what caused the rapid expansion during the big bang.

Some astronomers theorize that instead of the big bang, the universe is constantly contracting and expanding.

Here’s an interesting video that summarizes the evolution of the universe very well. So many things in this video I had never heard of before! https://www.youtube.com/watch?v=HdPzOWlLrbE

Overall, I really enjoyed my visit to the Griffith observatory. I would definitely go back to enjoy the scenery as well as see a show in the planetarium because I was unfortunately unable to attend one. This trip also sparked a desire to visit other science museums in the future. I really love how a lot of science museums explain very complex topics in a way that is digestible. Also, I really like interactive exhibits as I feel that I am able to form a deeper understanding of the topics. 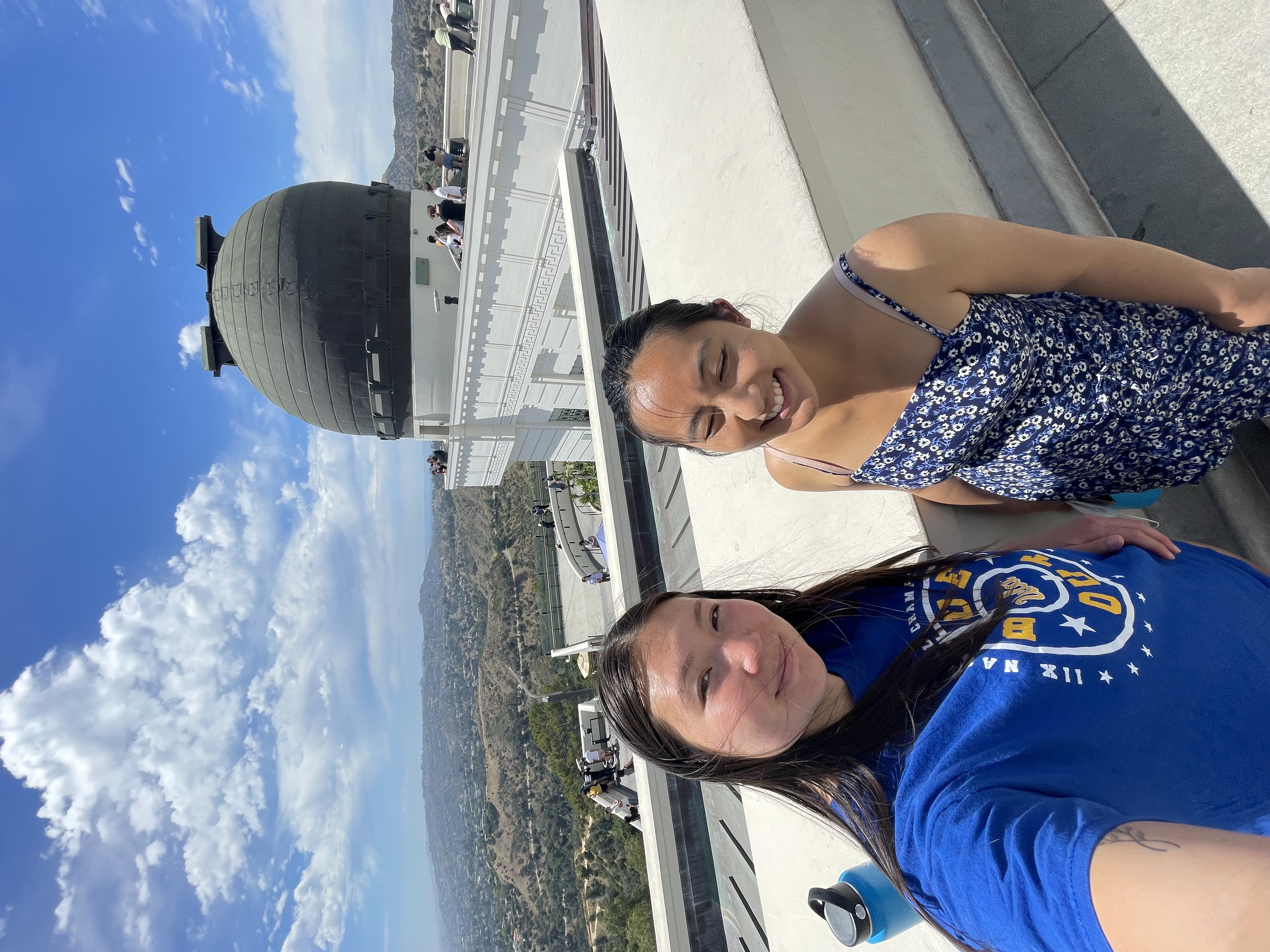